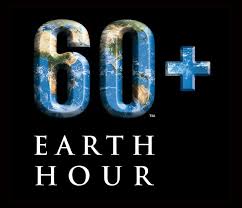 No Matter where you are or what you are doing you – as an individual or group – can show that you mean business about conserving energy and being more sustainable. Join up for Earth Hour! | Learn From Nature

At 8.30pm local time on Saturday 31 March, Earth Hour 2012 will see hundreds of millions of people around the world cross borders of race, religion, culture, geography and society to unite in a single moment of contemplation for the planet and celebration of their year-round commitment to protect it.

Now in its sixth year, the annual lights out event has grown from a single-city initiative in 2007 to become the world’s largest display of environmental action, with citizens of 135 countries and territories across every continent coming together for Earth Hour 2011 indicating a growing global movement of positive change in environmental attitudes.

WHEN: Saturday 31 March at 8.30pm in your local time zone

WHERE: Across the globe WHY: To celebrate your commitment to the planet with the people of the world

HOW: Switch off your lights, register your support and get more details at earthhour.org

The 100-day countdown to Earth Hour 2012 has now begun, the iconic ‘lights out’ event that has seen some of the world’s most recognized landmarks, including the Forbidden City, Eiffel Tower, Buckingham Palace, Golden Gate Bridge, Table Mountain, Christ the Redeemer statue and Sydney Opera House switch off in a global celebration of the one thing that unites us all – the planet.

Passionate about the natural environment / on a mission to help reconnect ‘us’ especially children and the natural world . Teacher, scout leader, executive with NAEE www.naee.org.uk View more posts