Wetlands : I have not seen much about this topic despite it being world wetlands day …. on Friday.

I grew up in Christchurch, New Zealand with wetlands within walking distance – and I found feel solace walking there to ‘rid’ myself if teenage angst! Reality – these crucial habitats,  filtering our water and preventing/reducing flooding, are rapidly disappearing! The image above is me in China where farmers use wetlands are a key growing place.

As city environments are now more important, the theme of 2018 is urban & sustainability. 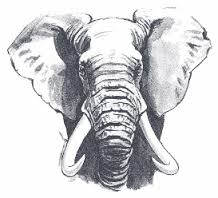 Do nothing – and African elephants will be functionally extinct within two decades….

From China Daily: Conservation organizations have called on the Chinese government to impose a total ban on the ivory trade in the country within the next two years, and with no expiration date or financial compensation for those who would lose business.

Xu Yang, a wildlife trade specialist at the World Wildlife Fund in China, said the majority of Chinese consumers would stop buying ivory products if the legal trade channel was shut down.

“It would also leave no room for speculators to operate if the ban on the ivory trade in China were permanent,” Xu said.

The WWF and TRAFFIC, an NGO that monitors the global wildlife trade, are compiling a feasibility report on banning the ivory trade in China, hoping that it will become a technical reference document for the Chinese government.

Zhou Fei, head of the China program at TRAFFIC, said the African elephant population had dropped from 3 to 5 million, to only 500,000 in recent years.

“If we don’t do anything, African elephants will be functionally extinct within two decades,” Zhou said.

At present, the trade and manufacture of registered ivory products is legal in China. In 2008, China got approval from the Convention on International Trade in Endangered Species of Wild Fauna and Flora, the body that regulates the international wildlife trade, to buy about 62 metric tons of ivory in a one-time sale from Botswana, Namibia, South Africa and Zimbabwe. Every year, about 5 tons of that ivory is released into the market.

However, a WWF China survey found that more than half of consumers don’t know how to distinguish between legal and illegal ivory products.

“Despite the fact that every legal ivory carving has an identity card, many consumers don’t know to ask for the card. These unclaimed cards can then be used for illegal ivory products,” Xu said.

“Besides, China has a growing middle-class, people who would like to purchase ivory as a symbol of social status. The limited amount of ivory put into the legal market will not satisfy this demand.”

From China Daily : In a move appearing to support that saying, China plans to boost its weather intervention through a national plan.

The plan, running from 2013 to 2020, will divide the country into six regions and set up an interprovincial mechanism for weather control, Yao Zhanyu, a senior researcher of the Weather Modification Center under the China Meteorological Administration, told China Daily.

Each region will build infrastructure and a command center for weather intervention, according to Yao.

Programs in northeastern, central and southeastern areas will be used mainly to guarantee the wheat harvest, and the northwestern program will be for environmental protection, Yao said.

He added that the southwestern program will focus on ensuring the operation of agriculture and hydropower, while the northern program will be concerned with guaranteeing water supplies.

China modifies weather mainly to increase rain or snow and prevent damaging weather such as hail, fog and rainstorms. Cloud seeding is the major weather modification activity in China.

According to Yao, the northeastern region — covering Liaoning, Jilin and Heilongjiang provinces and parts of the Inner Mongolia autonomous region — was selected as a pilot area to test the coordination system after the National Development and Reform Commission approved a feasibility report in May 2012.

Yao said a feasibility report for the northwest started recently and the program is expected to be launched within one year if everything goes well.

The northwestern area, including Gansu province, the Ningxia Hui autonomous region, the Xinjiang Uygur autonomous region and parts of Inner Mongolia, is the main source of the sandstorms in spring and autumn.

To better meet agricultural demand and relieve disasters, China plans to increase annual precipitation by 60 billion metric tons and extend the coverage of artificial hail suppression to more than 540,000 square kilometers by 2020, according to the State Council.

However, as cloud seeding is used on a massive scale, some critics have questioned whether there is an environmental impact as a result of manipulating the weather.

The country has used silver iodide to lessen the impact of periodic droughts since 1958.

But Lei Hengchi, a scientist specializing in weather intervention, said little impact would occur because the amount of chemicals in cloud seeding is too small compared with the size of the affected region.

Cloud-seeding aircraft use 200 grams to 300 grams of silver iodide during a flight. A rain-enhancement shell contains only 1 gram of silver iodide, while a rocket contains about 8 to 15 grams.

China is to fast-track expansion and investment in energy saving technologies in an attempt to tackle its worsening pollution problems.

China’s cabinet, the State Council, recently announced plans to make the energy saving sector a “pillar” of the economy by 2015. In a statement the council said that under the new plan the environmental protection sector will grow by 15% on average annually, reaching an output of 4.5 trillion yuan (£474 billion / $438 billion USD).

Under the plan, environmental protection industries will receive funding from the government in an effort to stimulate technological innovation. The funding will cover a wide range of technologies that address air, water and soil pollution including energy saving products, waste disposal, electric vehicles and pollution monitoring.

Many analysts welcomed the plan and some were quoted in the Chinese media as saying that it will create opportunities for investors and will give direction to the industry.

“It’s good to see this and it’s an indication that development of environmental protection and energy saving industry is a priority, since it’s coming from the State Council,” said Alvin Lin, China Climate and Energy Policy Director with the Natural Resources Defense Council in Beijing. The plan also includes policies, standards, pilot programmes, financing mechanisms and incentives, emissions and carbon trading said Lin.

However Lin believes that the plan is “vulnerable to being so broad as to be lacking focus and hard to implement.

“I think it could discuss more on the importance of implementing standards and policies in order to create the demand for the energy saving and environmental protection market, and the importance of accurate measurement and public reporting to ensure standards are met,” he said.

Ailun Yang, a senior associate with the World Resources Institute, said the initiative is “encouraging”. “It shows the ambition of the Chinese government to tackle its growing environmental problems while making the country the world’s biggest manufacturer of the environmental protection technologies.” She added however that more details need to be known before it is possible to assess the effectiveness of the new plan.

Tackling pollution has been a priority of the new administration under Xi Jinping, especially as pollution has become a major concern among Chinese citizens and is one of the main causes of social unrest. In an effort to tackle the problem, China has also committed to reducing its carbon emissions per unit of GDP by 40-45% by 2020 from 2005 levels and is aiming to increase renewable energy to 15% of its total energy consumption. 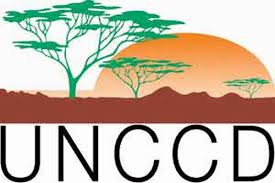 The United Nations is seeking more cooperation with China to explore better models to fight desertification, according to the Kubuqi International Desert Forum 2013 that opened in theInner Mongolia autonomous region on Friday.

The two-day biennial forum is being held deep in the Kubuqi, the nation’s seventh-largest desert, covering an area of 18,600 square kilometers.

Combat Desertification secretariat, the Ministry of Science and Technology, the State Forestry Administration and the Inner Mongolia regional government.

More than 300 business leaders, decision-makers and experts from home and overseas shared their views on combating desertification and exploiting business potential buried in the sands.

“We would like to enhance cooperation with other countries, explore new ideas and forms of combating desertification and new technologies and industries for ecological protection,”Premier Li Keqiang said in a congratulatory message.

Vice-Premier Wang Yang attended the opening ceremony and read the message from Li.

desertification in recent years. However, government-led campaigns no longer monopolize the war against the encroaching sands.

eco-systems. It is necessary to find a balance among different factors.”

The group has built a 200-km long and 20-km wide green belt in Kubuqi, focusing on a rangeof desert-related businesses.

The group said it has created more than 100,000 working opportunities since the early 1990s,including more than 5,000 people who grow trees. The average annual income of herdsmen

Local annual precipitation reached a peak of more than 420 mm in 2012, up from around 60mm a year before a large-scale anti-desertification campaign began in 1988. On average, less than five sandstorms occurred annually in Kubuqi in the past few years, a sharp drop from

According to statistics from the United Nations, 600,000 to 700,000 sq km of land become desert around the world annually. A declaration from the Rio+20 UN Conference onSustainable Development in June 2012, aimed to make that number zero by the end of 2030.

“Deserts are the home of many of the poorest people on the Earth. The goal set in Rio is noteasy but can be achieved because the thriving scenes we see in Kubuqi give us confidence,”said Sha Zukang, secretary-general of the conference in Rio de Janeiro.

State Forestry Administration data show that China’s deserts expanded 3,400 sq km annually in the late 1990s, but have slowed to an expansion of around 1,700 sq km.

Desertification, was on his third visit to Kubuqi. The institution signed a five-year strategic cooperation plan withBeijing-based non-profit group the Elion Foundation during the forum to facilitate international efforts to combat desertification.

“It will be in vain if we copy and paste,” Gnacadja said. “Each model should be designed specifically for a certain place and the local people. All the business here is not suitable for Sub-Saharan Africa. But the commitment and hard work people in Kubuqi have made will

inspire nations around the world.”