*** Learn From Nature Factsheet on dolphins

Three new wildlife sanctuaries have been declared by the Government of Bangladesh, in the hope that they will help to prevent the extinction of the threatened Irrawaddy and Ganges river dolphins.

Freshwater dolphins are among the most threatened species of dolphin in the world, with the enigmatic Yangtze river dolphin, or baiji, now believed to be extinct. It is hoped that the three new sanctuaries, which are located in the world’s largest mangrove ecosystem, will help to prevent the last two remaining species of freshwater dolphin in Asia from suffering a similar fate.

The sanctuaries will cover a total area of almost 11 square kilometres, which includes 31 kilometres of channels. The size and location of the sanctuaries was determined using scientific findings from a study by the Wildlife Conservation Society (WCS) and the Bangladesh Forest Department.

While there are currently no estimates of the global population of the Irrawaddy and Ganges river dolphins, they are believed to be in decline and to have disappeared from major parts of their historic range. Entanglement in fishing gear and the depletion of their natural prey are thought to be contributing factors.

The baiji is thought to be extinct

Bangladesh is believed to be a hotspot for marine mammals, and houses the world’s largest population of the Irrawaddy dolphin, with nearly 6,000 individuals being discovered in 2009. As well as protecting these fascinating creatures, it is hoped that the sanctuaries will also provide refuge for many other species, including the Asian short-clawed otter and the masked finfoot.

View images and videos of dolphin species on ARKive.

Link to my factsheet https://environmentaleducationuk.wordpress.com/jargon-busterfor-kids/factsheet-4-australian-tasmanian-devils/

Walkers are joining forces with conservationists to help bring the Tasmanian devil back from the brink of extinction. In a unique tourism experiment, guests on guided walks through Tasmania‘s remote Tarkine rainforest will help scientists track local populations of the Australian island state’s most iconic creature by collecting data from 45 motion-sensing cameras set up along the trails.

The world’s largest surviving carnivorous marsupial is endemic to Tasmania, and the pristine wilderness in the island’s north-west corner is one of the last areas to remain untouched by an aggressive facial cancer that has obliterated overall devil numbers by more than 80% over 15 years. The size of a small dog with powerful jaws, the animal was thought to live only in dry, coastal or open woodland. But the discovery of a thriving and disease-free population in Tarkine’s dense rainforest offers scientists a valuable new opportunity to study their behaviour in the wild and develop a better understanding of how the disease is spread.

“Contrary to common assumption, we’ve known for years that there are devils living in rainforest, and now we’ve got the proof,” said Mark Davis, owner of Tarkine Trails, whose guides retrieved the first two months’ worth of images from the cameras, which they’ll continue to service with memory cards and batteries throughout the year. “Every single camera we placed caught images of devils and not one has displayed signs of the facial tumour disease, which is a huge relief. Along with our walkers, our guides act as field researchers where it has previously been too expensive to conduct research.”

The decade-long Tarkine Devil Project is being funded by the Tasmanian government as part of a broader rescue programme begun in 2003 that includes captive breeding of immune animals, habitat management and laboratory research into the disease. First identified in 1996, Devil facial tumour disease causes growths around the mouth that hinder the animal from feeding, so it eventually starves to death. The mysterious and rare form of contagious cancer is thought to spread through the devils biting each other while squabbling for food.

Until the late 1990s, Tasmanian devils were commonly found all over the island. But the illegal introduction of the red fox, increased road traffic accidents and the rapid spread of facial cancer have seen its numbers plummet to just 10,000, with the species being declared in 2008 as endangered. Once seen as a threat to livestock and prized for its pelt, only official protection in 1941 stopped the devil from being hunted to extinction – a fate that had already befallen its close relative the Tasmanian tiger (or thylacine) in 1936.

A man has been arrested in Thailand, attempting to smuggle 50 snakes onto a plane. It is the latest in a series of exotic animal seizures at Bangkok international airport.

Climate change is speeding up the rate at which animals and plants are becoming extinct. By the end of the century, one in 10 species could be on the verge of extinction because of the effects of global warming, a study has found.

The findings support the view that the earth is currently experiencing a global mass extinction where the rate at which species are being lost is many times greater than the historical extinction rate. It is the sixth great mass extinction in the history of life on earth. Scientists said that previous predictions of how fast species are being lost because of climate change match the actual observed losses. They calculate that around 10 per cent of species alive today could be facing extinction by 2100.

Ilya Maclean and Robert Wilson, of the University of Exeter, examined nearly 200 previous predictions about how climate change may affect the extinction of species and compared them with about 130 reports of changes already observed.

The aim was to judge the accuracy of estimates made by scientists in the past about climate change predictions in relation to species extinction. They concluded that the observed threats matched well with the actual threats, based on real observations.

“We tried to see whether predictions were backed up by things that have already happened and this was what we found,” Dr Maclean said.

Rising temperatures, changing patterns of rainfall and increasing acidity of the oceans are all having an impact on the viability of vulnerable species. In the oceans, for instance, rising acidity threatens the survival of the polyp organisms that make coral reefs while increasing temperatures are sending some mountain species of plants and animals to higher altitudes.

“Our study is a wake-up call for action. The many species that are already declining could become extinct if things continue as they are. It is time to stop using the uncertainties as an excuse for not acting. Our research shows that the harmful effects of climate change are already happening and, if anything, exceed predictions,” Dr Maclean said.

“The implications are that unless we do something to reverse climate change impacts by lowering levels of carbon dioxide, or help species cope with climate change, we could be looking at a lot of extinctions by the end of the century. It’s further evidence that we are experiencing a global mass extinction,” he said.

The study, published in the journal Proceedings of the National Academy of Sciences, found that global warming ranks alongside habitat loss and invasive species as a major threat to endangered animals and plants. It concluded that the speed at which the climate is likely to change in the future threatens to overwhelm the rate at which species are able to adapt.

“By looking at such a range of studies from around the world, we found that the impacts of climate change can be felt everywhere, and among all groups of animals and plants,” said Robert Wilson, the study’s co-author.

“From birds to worms to marine mammals, from high mountain ranges to jungles and to the oceans, scientists seem to have been right that climate change is a real threat,” Dr Wilson said. “We need to act now. This means cutting carbon emissions and protecting species from the other threats they face, such as habitat loss and pollution.” 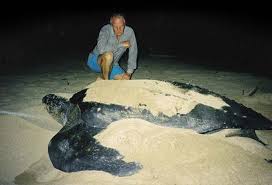 COMMENT: I recently visited another the Chinese city of Kungming where anyone can buy a tiny ‘cute’ turtle swimming around inside a tiny plastic bowl… It’s a toy. But read on, in THE INDEPENDENT today…

Turtles and tortoises are now the most endangered group of vertebrate animals, with more than half of their 328 species threatened with extinction, according to a new report.

Their populations are being depleted by unsustainable hunting, both for food and for use in traditional Chinese medicine, by large-scale collection for the pet trade, and by the widespread pollution and destruction of their habitats, according to the study Turtles In Trouble, produced by a coalition of turtle conservation groups.

The result is that their plight has never been greater, and the world’s 25 most endangered tortoises and freshwater turtles will become extinct in a few decades without concerted conservation efforts, the report says.

Asia is the worst affected region; of the 25 most endangered turtles, more than two thirds (17) are from Asia, a result of decades of massive exploitation. “For example, in just one market in Dhaka, Bangladesh, close to 100,000 wild caught turtles are butchered for consumption during a one-day religious holiday each year,” the report adds.

The world’s 328 species are divided into 263 fresh water and terrestrial turtles, and 58 species of tortoises (plus seven sea turtles which are not covered in detail by the report). With up to 54 per cent of the total considered threatened, turtles and tortoises are at a much higher risk of extinction, the report says, than other vertebrates such as birds, mammals, sharks and rays or even amphibians – which are usually considered the most endangered grouping.

“Turtles are disappearing fast and we are dealing with one of the most significant wildlife crises of our lifetime,” says Rick Hudson, President of the Turtle Survival Alliance (TSA) http://www.turtlesurvival.org/. Several species are down to just a handful of remaining individuals.

No. 1 on the list is the Pinta Island tortoise, one of the Galapagos tortoises species that contributed to Charles Darwin’s theories on “natural selection”. Sadly, only a single male of this species, “Lonesome George”, remains alive today, and the report comments: “Ironically, Darwin and other travellers often ate many of the islands’ tortoises and released rats, goats and other animals, which significantly contributed to their decline.”

Close behind is the Red River giant softshell turtle of China and Vietnam, weighing more than 250lbs with a shell more than three feet long. With only four animals left, the stakes have never been higher. Some species are in danger of disappearing before scientists even find out where they live. Zhou’s box turtle (the 6th most endangered) has occasionally appeared in the turtle markets of China, but to date no one has located a wild population.

The report, Turtles in Trouble, can be downloaded at the link below.

Sulawesi forest turtle This semi-aquatic animal is endemic to the Indonesian island of Sulawesi and was originally used in Chinese food in the early 1990s. Habitat destruction has reduced the forest cover on which it depends for survival.

River terrapin With males exhibiting striking seasonal breeding colours, these unusual and attractive turtles have now all but vanished.

Ploughshare tortoise One of the rarest tortoises in the world, there are now only a few hundred left in Madagascar.

Roti island snake-necked turtle This freshwater turtle is found on the tiny island of Roti in south-eastern Indonesia.

Geometric tortoise This small species is found in low-lying sandy areas of the Western Cape in South Africa.