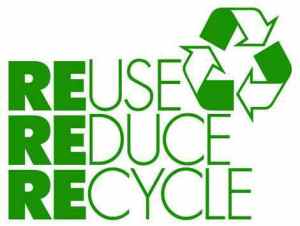 While you often hear Chinese parents tell their kids to notwaste food, the fact is food waste accounts for about 70percent of the country’s mounting garbage production.That’s compared to less than 20 percent in manydeveloped countries, where sorting and processing havebeen the norm since the 1980s. And as China’s waste processing capabilities simply can’t keep pace with theamount of garbage that is being produced, food waste is abigger problem than it might be. “As people’s livesimprove, the catering industry is booming and dietaryhabits are changing, so we’re producing massive amounts of food waste,” Beijing Technology and BusinessUniversity’s Department of Environmental Science and Engineering professor Ren Lianhai says.

“China has a long way to go in terms of better disposal because it lacks a national policy, scientific management and processing methods.”

Beijing was among a slew of local governments to pass regulations in 2011 about trash sorting and food waste disposal, largely because of public concerns about “gutter oil” – cooking oil retrievedfrom drains and sometimes reused by restaurants.

The problem is that governments, NGOs and enterprises are struggling to cook up solutions for kitchen waste disposal and are finding they don’t work or are difficult to implement.

Recipes that are being tried include composting the waste into organic fertilizer using enzymes and earthworms, burning it to create electricity, feeding it to pigs and even using gutter oil as biofuel topower Dutch Airlines’ planes.

“Kitchen waste has become a primary pollution source and imposes serious risks to people’s health and the environment,” Ren says.

Ren, who has studied waste management for more than a decade, explains the dangers of burying kitchen waste in landfills.

The pressure of being buried, combined with the chemical reactions of microbial biodegradation, causes the water to ferment and percolate, forcing hazardous and even carcinogenic sludge toooze out, Ren explains.

And food waste poses sanitation hazards before it even reaches the landfills, he adds.

Take Beijing, for example. The capital’s households produce 11,000 tons of kitchen waste, plus the 2,500 tons that spew out of restaurants, a day. But the municipality’s three large-scale processing plants can only handle 800 tons a day of food waste.

The most common methods of kitchen waste disposal are feeding it to pigs and composting.

While the evidence is inconclusive, many experts worry that turning household kitchen waste intopig slop is dangerous.

Pork is China’s most popular meat and its presence in hog feed creates the risk of homology. Homology is cannibalism among animals that typically don’t eat the meat of their own species in nature and can cause prion infections, such as mad cow disease.

The Ministry of Agriculture has created a panel to study the risks but hasn’t reached a consensus.

Although the practice is common in Japan and South Korea, some of China’s local governments, such as Fujian province‘s Xiamen city, have outlawed it.

Many pilot projects have problems, such as people not sorting their trash, or collectors dumping sorted trash together or waiting too long to pick it up, creating a stench.

“We can’t expect people to sort out kitchen waste if there’s no channel to handle it.”

Ren says the chain’s weak links come from a diffusion of responsibility.

There are also chemical reasons it’s difficult to compost in China.

“Chinese food contains too much oil, especially animal tallow, which coats the waste in a thick cover that seals out oxygen microbes need to biodegrade the waste,” Ren explains.

One solution is to dilute the food waste with other biodegradable trash, such as paper.

Insufficient storage is another problem. Farming is seasonal, but food waste is produced year-round.

And even if there were more storage facilities, compost rots too quickly to last from harvest until the next planting.

In addition, the saltiness of Chinese food means the fertilizer it becomes can make arable landfallow over time, Ren says.

Still, several projects are running that turn kitchen waste into organic fertilizer around the country.

The produce is grown with the organic fertilizer from their community’s waste, meaning that,theoretically, the melon rind a household throws out can end up back on the family’s table as afresh organic melon.

The association’s founder Zheng Dijian believes it’s all about incentives.

“If people get something out of sorting their garbage, they will,” he says. “If they don’t, they won’t.”

Another kitchen waste use idea being tried out is incineration to create electricity.

Trash in Chaoyang district’s Chaoyang Circular Economy Industrial Zone, in Beijing, iscompressed to wring out the water, left to dry for five days and then incinerated at the 200-hectaresolid waste incineration plant.

About 1,600 tons feed the furnaces a day, creating 220 million kilowatt hours – equivalent to 70,000 tons of coal – annually. About 70 percent of that electricity powers the industrial zone while the restflows into the North China Power System.

But it’s uncertain how – and if – this could work on a nationwide scale.

The problem is that nobody’s sure what sort of plant they should construct.

The same quandary faces the proposed 100-150 plants to be built nationwide before 2016. Theyshould be able to process a total of up to 30 million tons a year.

“I’m glad to see people are working on this,” Ren says.

“But we still have a long way to go.”